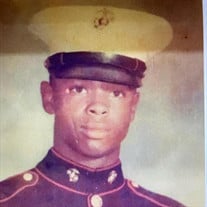 Mr. Virgil Mosley, Sr. of Dover, FL, passed away Wednesday, September 9, 2020. He was born in Portal, Georgia and a resident of Tampa for fifty years. He received his formal education in the Bulloch County school system and was a graduate... View Obituary & Service Information

The family of Mr. Virgil Mosley Sr. created this Life Tributes page to make it easy to share your memories.

Send flowers to the Mosley family.