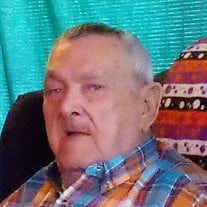 Swainsboro, GA Sidney Stanley Bazemore went home to celebrate with Jesus on October 2, 2019, at his residence. He was born on June 22, 1934, to the late Nevils Bazemore and the late Electro Potter Bazemore in Sylvania, GA. He was a retired... View Obituary & Service Information

The family of Mr. Sidney S. Bazemore created this Life Tributes page to make it easy to share your memories.

Send flowers to the Bazemore family.