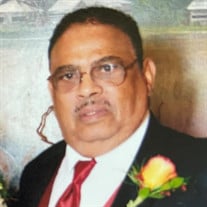 Swainsboro, Georgia  Dr. Shellie Louis, Jr., passed into rest, Wednesday, October 28, 2020 at the University Hospital, Augusta, Georgia. He was born June 30, 1941, in Orangeburg, SC to the late Shellie and Evelyn Toomer Louis (Floyd).  Dr. Shellie Louis, Jr. received his formal education in the public school system of Orangeburg South Carolina and graduated from High School in Lansing Michigan.   During his high school years, Shellie was honored for being a young inventor. He invented a version of a parking meter that gained national recognition. Shellie invented a system that synchronizes the traffic light system through the entire city of Orangeburg.  He also invented a version of a computer while attending high school. After graduating from college, he attended the Medical College of Georgia Dental School in Augusta, Georgia. Dr. Louis started his first dental practice in Fort Valley Ga.  in 1979.  He has also had dental practices in the cities of Statesboro, Wrens, Lyons and Swainsboro Georgia. He was also the owner of Louis Realty Company, Swainsboro, Georgia.  Dr. Louis most admired and loved his Swainsboro practice, the Dr. Shellie Louis Dental Clinic, which allowed him to connect with his community. He was elected as the first black mayor of Emanuel County, Georgia, and served as the mayor of Stillmore, Georgia for four years. He made many accomplishments during his tenure. Dr. Louis served as a Boy Scout troop leader for many years. He was a member of the National Boy Scouts Council, a member of the Kappa Alpha Psi Fraternity, Inc., The National Dental Association and The Georgia Dentist Association.  He enjoyed and excelled in fishing, hunting, bowling, ping pong, video games, and billiards. He especially had a true passion for the game of checkers. In addition to his parents, he is preceded in death by his step father, Rev. Willie Floyd, Jr.; god sons, Tyrone Cochran and Lee Starnes; and his father-in-law and mother-in-law, Aaron and Malinda Faye Mincey Johnson. He leaves to cherish a legacy of love: his devoted wife, Pecola Louis; his children, Shellie T. Louis “lil Shellie”, Dianne Hartwell, Shellie D. Louis, Mashell Williams, Derrick (Cyndi) Louis and Tina (Brandon) Louis Duckett; a brother and sister-in-law, Dr. Willie B.(Carolyn) Louis; special nieces and nephews, Dr. Tasha (Robert) Louis-Nance, Jermaine Louis and Brandi (Roger) Louis-Darby; sisters-in-law and brothers-in-law, Denise (Elliot) Deigh, Terry (Dobbie Johnson, Linda (Marty) Burns Daron Johnson, Felicia Johnson-Spells (Frederick) and Alvin Johnson; 16 grandchildren, 21 great grandchildren, a host of other relatives and friends.  A walk through visitation will be held from the hours of 3 p.m. to 6 p.m. on Saturday, October 31, 2020 at Hill’s Mortuary, Inc.  Due to the COVID-19 pandemic, graveside service and burial will be private. Please be advised all CDC guildlines will be enforced at the viewing and funeral service. We ask that you adhere to all CDC guidelines. Final rites have been entrusted to Hill’s Mortuary, Inc.

The family of Dr. Shellie Louis, Jr. created this Life Tributes page to make it easy to share your memories.

Send flowers to the Louis, family.