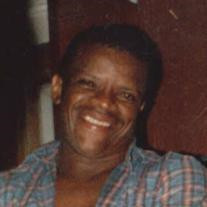 -Statesboro, Ga. - Mr. Ronnie L. Perkins, age 55, passed into rest, Tuesday October 19, 2010 at the Eagle Health and Rehabilitation Center under the care of Ogeechee Area Hospice. He was a Bulloch County native and a self employed mechanic.... View Obituary & Service Information

The family of Mr. Ronnie L. Perkins created this Life Tributes page to make it easy to share your memories.

Send flowers to the Perkins family.