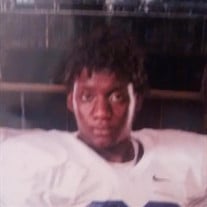 Statesboro, GA Mr. James Edwin Henry age 23, passed into rest, Wednesday, June 17, 2020. He was a Bulloch County native and a graduate of Statesboro High School class of 2016. He was employed with Classic Care Care. He is survived by his... View Obituary & Service Information

The family of Mr. James Edwin Henry created this Life Tributes page to make it easy to share your memories.

Send flowers to the Henry family.