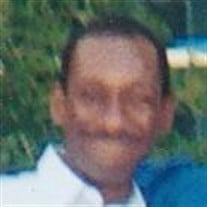 Savannah, GA. Mr. Henry Donnell Hodges, passed into rest Wednesday, December 21, 2016 at the Thunderbolt Health and Rehabilitation Center. The Chatham County native was the son of the late Ms. Cloran Hodges Stewart. He is survived by his... View Obituary & Service Information

The family of Mr. Henry Donnell Hodges created this Life Tributes page to make it easy to share your memories.

Send flowers to the Hodges family.