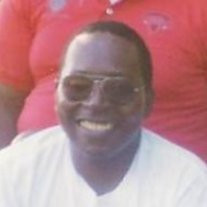 Savannah, Georgia Savannah, Georgia Mr. George C. Reeves, age 66, departed this life on Saturday, April 27, 2013 at the Memorial Health University Center. He was a The Bulloch County native was educated in the public school system of Bulloch County and was a graduate of the William James High School class of 1964. He later attended Savannah State College where he majored in foreign language. Mr. Reeves was a member of the Little Bethel Baptist Church and retired from the Gulfstream. He is preceded in death by his wife, Rosa Gordon Reeves, son, George II, his father, William James Reeves. Mr. Reeves leaves his memories to be cherished by, his mother, Mrs. Ruby Reeves, Brooklet, GA., siblings, Mr. Carl Reeves, Atlanta, GA., Mrs. Betty Richardson, Savannah, GA., and Mr. William James Reeves, Jr., Brooklet, GA., one aunt, Ethel Morgan, Collins, GA., a devoted companion, Rita Hamilton, Miami, FLA., a host of nieces, nephews, other relatives and friends. The funeral services for Mr. Reeves will be held 12 noon Saturday, May 4, 2013 at the Little Bethel Baptist Church with the Rev. John McPhatter, pastor officiating. Mr. Reeves will lie in state at the church on the day of service from 10:30 a.m. until the funeral hour. There will be no viewing after the eulogy. Final rites have been entrusted to Hill’s Mortuary, Inc.

The family of Mr. George Reeves created this Life Tributes page to make it easy to share your memories.

Send flowers to the Reeves family.