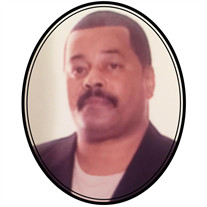 Savannah, Georgia Mr. George A. Hill, Jr., passed into rest, Thursday, November 10, 2016 at his residence. .George Anthony Hill was born on July 10, 1958 to the union of Mrs. Mary Nichols and the late George Hill, Jr. in Chester, Maryland. He departed this life on Thursday, November 10, 2016. George accepted Christ at an early age and was baptized at Union Wesley United Methodist Church. He received his formal education in Queen Anne's County, Maryland. After graduation he enlisted into the U.S. Army. He followed his father's footsteps by becoming the second generation of Hills who enlisted in the United States Military. He quickly developed into a skilled officer who was trained to protect and serve the United States of America. He toured and stationed in Washington DC, Korea, Iraq, Saudi Arabia, Germany, New Jersey, and Hinesville, GA. George retired from the US Army 100% disable Vet serving more than 20 years. Many knew George as "Hill". He was a man of dignity – a man of distinction – a man of courage – a man of valor – a man of order – a man above and beyond the call of duty – a man of honor – a man that demanded perfection in every phase of life. At the age of 30, George met Sharon, the love of his life. To this union was born DeAndre, the greatest gift of his life. DeAndre’s birth in 1996 was also Hill’s greatest assignment; one that Hill worked hard to succeed in each and every day of his life. Hill loved life, he loved God, he loved watching sports, he enjoyed watching his son play baseball, fishing and hunting, he loved spending time with family on special holidays and loves the smooth sounds of Frankie Beverly & MAZE. Hill’s famous quote was: It's hard being me. The Chatham County native was retired from the United States Army and the United States Postal Service. He attended the Magnolia Baptist Church. He leaves to cherish his memory: his wife Sharon Lundy Hill, Savannah, GA., sons DeAndre, Savannah, GA and Rodriquez Lundy (Shawn) Statesboro, GA., mother, Mary A. Hill, Chester, MD, four sisters, Laura Hill-McKinney, Grasonville, MD, Debra Skinner (Martin) Queenstown, MD, Jayne'Bennett (Julius), Chester, MD, Barbara J. Hill Joyner (Gregory), Capital Heights, MD, mother-in-law Lillie Lundy Statesboro, GA, sisters-in-laws, Vivian Jefferson, Debra Lundy and Teresa (Daniel) Perry, Atlanta, GA, brother-in-law William (Guin) Lundy,Statesboro, GA., several nephews, nieces, and a host of other relatives and friends. Mr. Hill will lie in state at the church one hour prior to the services. There will be no viewing after the eulogy. The funeral service for Mr. Hill will be held 1:30 p.m. Wednesday, November 16, 2016 at the Magnolia Baptist Church, 760 Magnolia Church Road, Statesboro, GA., with the pastor, Rev. Francys Johnson, officiating. Burial will be held in the Bulloch Memorial Gardens with full military honors. Final rites have been entrusted to Hill’s Mortuary, Inc.

The family of Mr. George A. Hill Jr. created this Life Tributes page to make it easy to share your memories.

Send flowers to the Hill family.